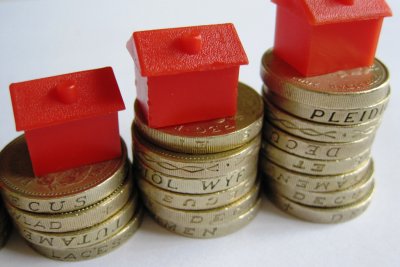 House prices will rise by between 1% and 4% in 2017, according to Halifax’s annual forecast, marking a sharp deceleration from 2016, as it raised the prospect of falling prices in London.

Britain’s biggest mortgage lender said a slowdown in economic growth, potential rises in unemployment and pressure on household incomes will put a brake on the property market after several years of growth.

The stories you need to read, in one handy email

But parts of the London market could experience price falls, warned Halifax. “House prices in relation to average earnings are at an historical high in the capital; at nine times annual average earnings. Additionally, mortgage affordability in London is worse than its long run average ... price growth will slow more sharply in London than elsewhere during 2017. There is a risk of some price falls in parts of London, particularly in the most expensive central locations, in 2017,” said Halifax’s housing economist, Martin Ellis.

Halifax’s prediction is in line with most other leading forecasters. Nationwide said it is expecting a gain of “around 2%” in 2017, while surveyors’ body Rics has plumped for 3%.

Nervous sellers are knocking tens of thousands off asking prices to shift their homes, said property website Zoopla. It said a third of the properties on its site are currently showing reduced prices, with the largest percentage fall in the north of England but the largest cash falls in London.

Sellers in Kensington and Chelsea typically slice nearly £150,000 off their asking price to find a buyer, while in Richmond the fall is £54,000.

Separate research by upmarket estate agency Knight Frank found that prices for “prime” properties in the capital fell by 6.3% in 2016, with no recovery in sight in 2017. It forecasts zero growth in central districts during 2017 and falls in the outer prime areas such as Richmond.

It blamed high levels of stamp duty – £43,750 on a £1m property – rather than Brexit for the stalling market.

Tom Bill, Knight Frank’s head of London residential research, said: “Wider economic sentiment has been overshadowed by the UK’s decision to leave the European Union and the election of Donald Trump. However, the more mundane reality of fiscal policy remains the single biggest curb on demand in the prime London property market. In particular, higher rates of stamp duty are only now being more fully reflected in asking prices.”

Halifax also forecast a fall in buy-to-let lending in 2017 as new tax hikes come into force in April, alongside tighter lending criteria.

“A tightening in underwriting criteria through higher interest cover ratios and stressed mortgage rates – already implemented by some lenders and likely to become more widespread as a result of possible regulation – are set to further limit demand in 2017.

“The BTL sector is therefore expected to cool further in 2017. The long-term case for investing in housing, however, remains strong with the sector set to continue to offer attractive rates of return compared to alternative investment classes despite these developments.”