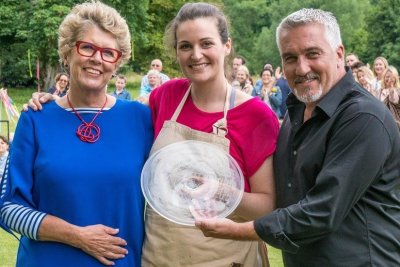 West Molesey stuntwoman Sophie Faldo in the winner of this year's Great British Bake Off.

The former Army officer took the title after presenting three varieties of bread for the signature challenge and coming second on the ginger biscuit technical.

But it was her showstopper that really impressed judges - a honey bee-themed version of a traditional entremet cake.

Sophie's described her experience in the tent as 'surreal'.