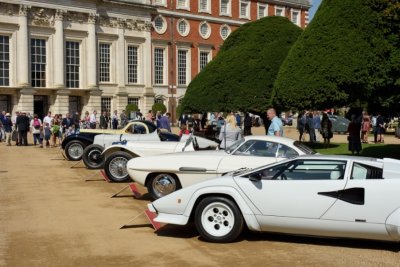 A 3 day event featuring, rare cars from September 1st  to the 3rd 2017 at the Hampton Court Palace